What is it like to walk through the school education and be queer in Czech towns and villages? How much information do have the teachers and how many information have students? What stereotypes still survive in minds of students and what are they afraid of?

The discussion panel will offer an insight into the educational programs "Mezipatra in schools" and discuss the questions about the education on gender and sexuality. The guests of the debate are a psychologist Irena Smetáčková from the Dept. of Psychology at the Faculty of Education, Charles University, and Adam Šindelář with Aleš Rumpel, who have been attending a number of discussions in schools.

When eighteen-year-old adventurous Adam comes to visit his sister in New York, he will have the opportunity to get to know the queer world, which he would probably not  peek on by himself. Plus meets charming Gillian. There is considerable sympathy between the two, but it has one catch: Gillian believes that Adam is a trans. Come and see the winning film of the Mezipatra 2019 festival: American indie comedy Adam about the importance of friendship and mutual tolerance not only in the queer community.

The Mezipatra Queer Film Festival presents a program called Identity in the City during the Prague Pride. From August 3 to 7, viewers will be able to attend evening screenings and participate in debates about current queer topics. The venue will again be Karlín Barracks with an open café and bar. Admission to all events is free. 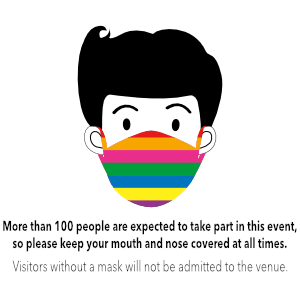