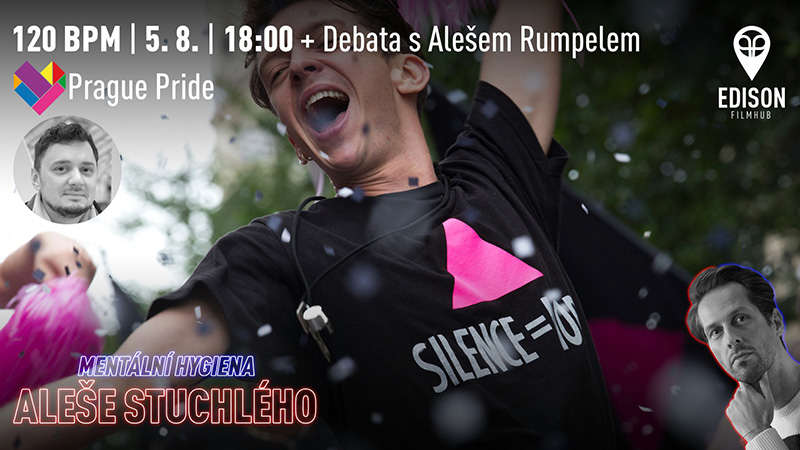 As a Czech film critique predator, festival dramaturgist, host of the Čelisti (Jaws) radio program, and leading psychosomaticist, Aleš Stuchlý has prepared for you a special screening of the successful queer movie 120 BPM.

BPM (Beats per Minute), also known as 120 BPM (Beats per Minute) is a 2017 French drama film directed by Robin Campillo and starring Nahuel Pérez Biscayart, Arnaud Valois and Adèle Haenel. The film is about homosexuality and the AIDS activism of ACT UP Paris in 1990s France. Campillo and co-screenwriter Philippe Mangeot drew on their personal experiences with ACT UP in developing the story.

120 BPM will be associated with in-depth introduction and unconventional guest for the discussion.